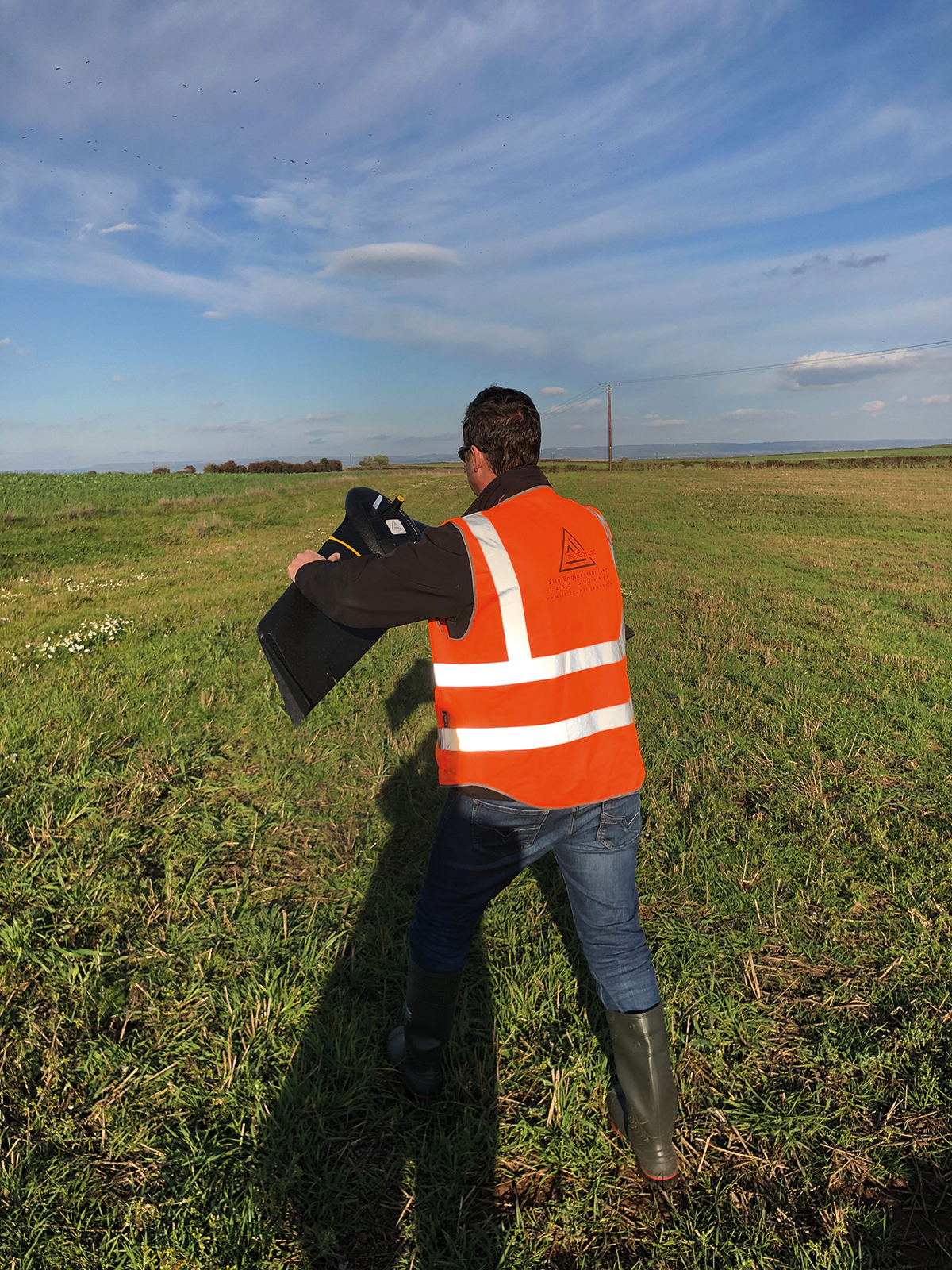 For Ted Harland, it’s always been about choosing the best instrument for the job and Tri-Tech surveys has invested in a surveying fleet that makes that entirely possible by including cutting edge technologies such as Trimble’s R10 GNSS and SX10 technology for ground-based work and rotary drones for aerial projects.

Although satisfied with the performance of the rotary drones, Ted was keen to find a solution that would be better equipped for his primary areas of aerial work, namely larger scale mapping projects and quarry surveys where conditions can be particularly windy with landing space at a premium.

The recently launched fixed wing eBee X has proved to be the perfect solution offering new technology that includes a more rugged build, the introduction of built-in space-friendly Steep Landing technology (35° approach) and a range of camera options for customised applications. Ted opted for the S.O.D.A. 3D for the best results on vertical faces/buildings and the Aeria X RGB photogrammetry camera for day to day mapping projects.

However, for Ted, the practicalities of delivering quality, timely data to his clients dictate his investment decisions and he stresses that the senseFly eBee X is a fully intergrated ‘off the shelf’ product fully supported by KOREC and that these factors played a large part in his decision.