It was only a few weeks ago that we caught up with Sky Revolutions Company Director, Ben Gorham when Sky Revolutions became the first KOREC customer to invest in the newly launched senseFly eBee GEO. This time we’re back with Ben talking about a particularly successful week the company’s had with the Trimble X7.

Whilst picking up the new eBee from the KOREC Huntingdon office, members of the Sky Revolutions team took the time to take a closer look at a Trimble X7 3D Laser Scanner that was on site that day and immediately saw how it could contribute across the business and in particular, to an upcoming measured building survey project.

With over 20 years’ experience in construction surveying, Sky Revolutions undertakes a wide range of work and until recently carried out its measured building surveys using the traditional method of a Trimble S7 Robotic Total Station. However, already familiar with 3D laser scanning technology, they were keen to see what the X7 could deliver on the planned job of 25 measured building surveys on structures ranging in size from as small as a shed sized sports pavilion to as large as an office block with everything in between.

When we caught up with Ben, the Sky Revolutions team had successfully completed eighteen of the scans in just four days and expected to be finished in five. Ben explained, “Our aim is to deliver projects promptly and to supply our clients with data of the highest quality. The X7 has been exemplary in helping us achieve those aims. The scan speed alone has really assisted on this project as did the smart auto-calibration. We’ve had laser scanners before but the X7 is a step ahead. The argument for not buying one doesn’t really exist!” 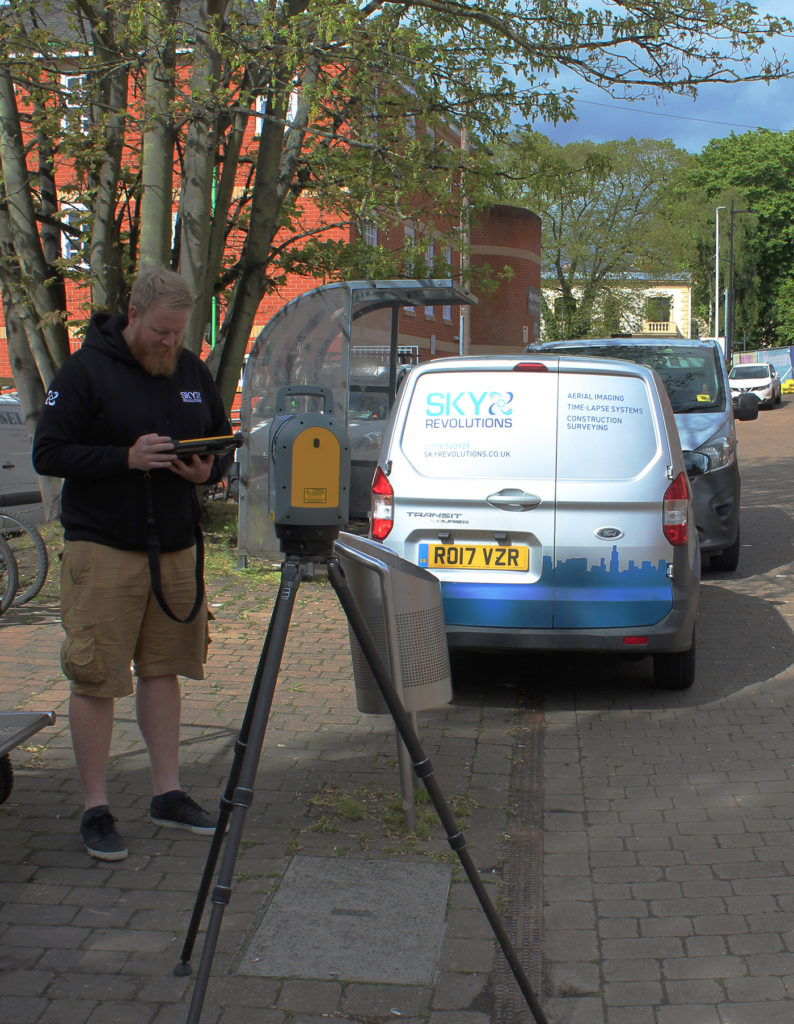